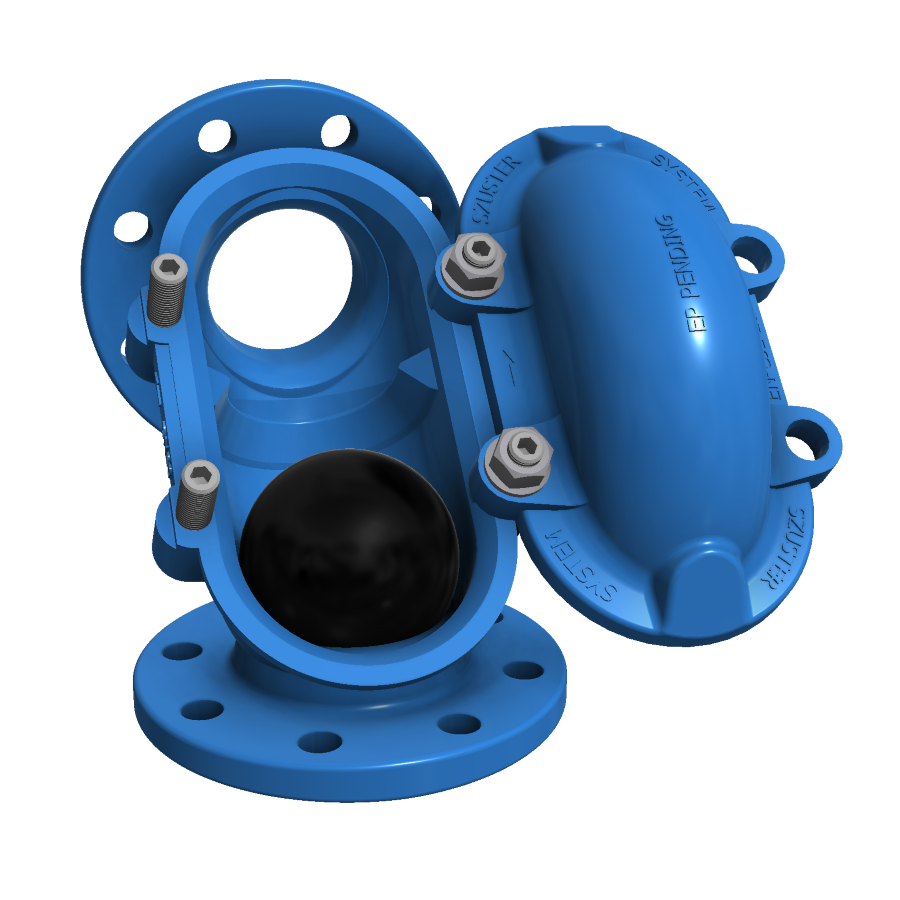 Fast service – easy access to valves interior, the possibility of inspection of the inlet pipeline without dismantling the valve. Check out the experience of our client – an American manufacturer of Coriolis flowmeters for whom easy and comfortable access to the interior of the valve significantly reduced the time service.

Quiet operation of the valve as a result of the lack of ball vibration. Reduction of the noise level in a pumping station is described in the case study on the example of municipal sewage pumping station in Szczecin (Poland), where a traditional valve was exchanged to the SZUSTER system ball check valve.

Refresh pumped sewage and prevent putrefying during transport, as well as periodic aeration and/or entire emptying of the pressing pipeline using compressed air.

Enable safe and hygienic operation by placing a technological part in the dry chamber. Watch the video, which presents the EPP pneumatic lift station operation principle and construction.

The possibility to adjust the efficiency of the pumping station to the current requirements without replacing any equipment. This is an important feature when at the beginning of agglomeration development we have to deal with several residents of building plots and ultimately there will be several times more.

Pumping sewage with irregular inflows, preventing them from putrefying and odors emitting. This is particularly important in the case of resort towns, where the partition of water depends on the season.

We are using cookies to give you the best experience on our site. Cookies are files stored in your browser and are used by most websites to help personalise your web experience. By continuing to use our website without changing the settings, you are agreeing to our use of cookies. More information. | © 2018 SZUSTER system. ALL RIGHTS RESERVED.